Scenic grandeur and stunning views are the hallmarks of this wonder of the world. Home to the famous volcanic Ngorongoro crater which is the largest unbroken caldera in the world, the Ngorongoro Conservation Area covers a large amount of varied terrain between the Serengeti and Lake Manyara parks.

Nearly three million years ago Ngorongoro towered alongside Mount Kilimanjaro as one of the highest peaks in Africa. Forged during the tumultuous birth of the Rift Valley, its volcanic top erupted at the time that ancient man first walked the plains. It is an area of natural beauty, active volcanoes, archaeological sites, rolling plains, forests and lake dunes.

The spectacular views inside the crater are a major tourist attraction. Visitors can stay at a number of lodges and camps on the crater rim, well placed to provide fantastic views of the crater floor. Tourists can observe wildlife from their vehicles (4X4 ones recommended) or undertake walking safaris. They can also observe the Maasai tribe in their traditional attire, herding cattle, sheep and goat herds. On the eastern side of Empakaai are the Engakura Ruins, which feature a terraced stone city and a complex irrigation system. The stone buildings are unusual because the concept is unusual in this part of Africa.

Since most of the Ngorongoro Crater floor is grassland, grazing animals predominate: gnu, zebra, gazelles, buffalo, eland and kongoni (Coke's hartebeest) and warthogs. The swamp and forest provide additional resources for hippos, some of Tanzania's last remaining black rhinos, giant-tusked elephants, waterbucks, reedbucks and bushbucks, baboons and vervets. The steep inner slopes provide a habitat for dik-diks and the rare mountain reedbuck. Towering forests give shade to an awe-inspiring array of creatures. All these animals, in turn, support large predators such as Lion (including the black-maned males) and Leopard, and scavengers such as Hyena and Jackals.

Birdlife depends greatly on the season of the year because there are resident birds and migrant birds. You are certain to see many residents, like ostriches, bustards and plovers all year round. In the wet season, they share the Ngorongoro Crater Park with European migrants such as White Storks, Yellow Wagtails, swallows, etc. The migrants pass through from November through May, coinciding with the rains in Africa and the winter in Eurasia. There are also local migrants such as flamingos, storks and ducks which come and go depending on the state of the lake and ponds. Other birds you can see are Stonechat, Anteater Chat, Schalow's Wheatear, Fiscal Shrike. Augur Buzzards, Verreaux's Eagle and other raptors live in the Ngorongoro Crater. For the best viewing and photography, approach the animals slowly and quietly and stay on the official tracks.

Where is Ngorongoro Crater located?

Forming part of Tanzania's northern safari circuit, the Ngorongoro Conservation Area lies to the east of the Serengeti and north-north-west of both Lake Manyara and Tarangire National Parks. All of these parks and attractions are all within a few hours drive of each other.

For a more detailed map of where exactly the Ngorongoro area is located within Tanzania, click here; Google M

Or have a look at the accommodation lodge map near the bottom of this page :) 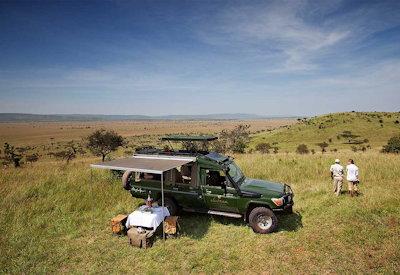 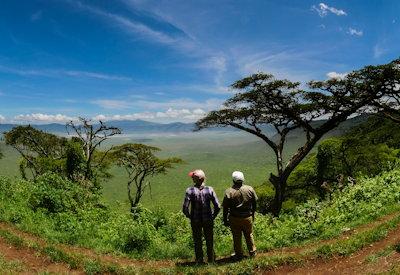 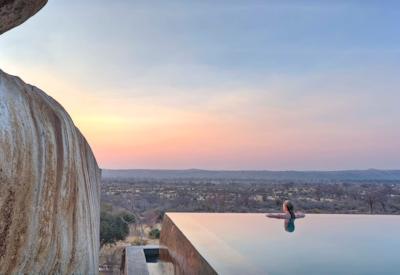 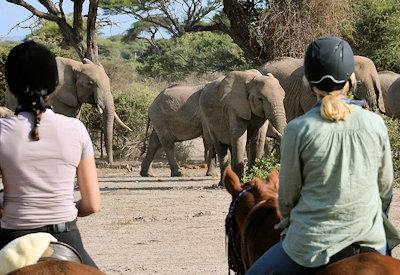 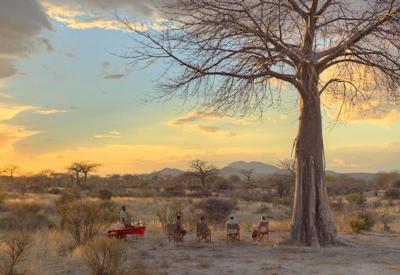 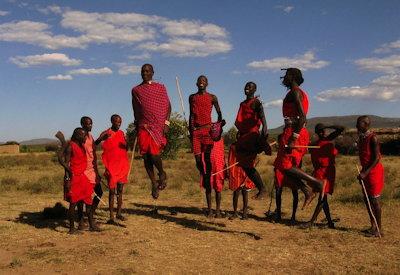