Reserves all situated in the Western Cape province of South Africa offer guests the opportunity of a Big 5 safari near Cape Town. With the magnificent Karoo as a backdrop and the unique Fynbos as a biome these game reserves offer the chance to spot amongst other Elephant, Rhino, Lion, Buffalo and Leopard not forgetting the pretty amazing birdlife on show.

Cape Town, Karoo and Garden Route Game Reserves obviously cannot compete with the more game rich reserves up north including the Kruger, Natal, Madikwe and Eastern Cape, the landscape and flora just simply cannot support large amounts of wildlife. But on saying that there are a few games reserves that are well worth the effort of visiting with the added bonus of Malaria Free, Big 5 and luxury accommodation options.

All reserves are within an easy 2-3 hour drive from Cape Town, a few reserves even offer a landing strip for private air charters - the choice is entirely yours. 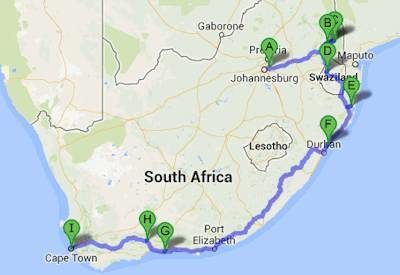 Explore South Africa on this 15 Day effortless safari. Take in all the highlights this country has on offer from the famous Kruger in the North to Natal's wildlife and beaches all the way down the Southern Cape coastline through the Garden Route end in Cape Town.
Cape Town, Wine & Whales 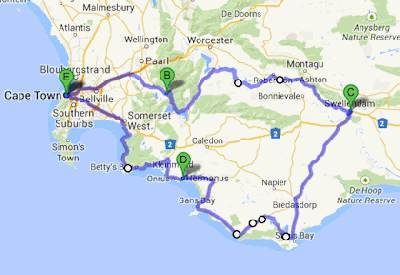 On this 9-day self-drive safari one gets to experience all that Cape Town has to offer, sip wines in the famous Franschhoek Valley, explore one of South Africa's oldest towns (Swellendam) and do some whale spotting in the coastal town of Hermanus. Visiting: Cape Town, Franschhoek, Swellendam, Hermanus.
Cape Town to Knysna 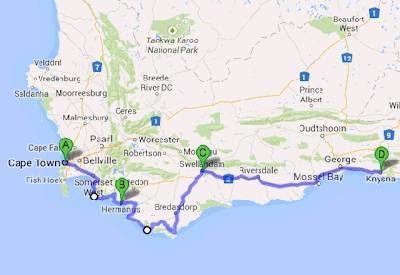 9-day self-driving from Cape Town and ending in Knysna, explore all that this area of South Africa has to offer at your own pace. Take in Cape Town's scenic vistas, whale watching in Hermanus, mountain views in Swellendam and tropical forests in Knysna. Visiting: Cape Town, Hermanus, Swellendam, Knysna.
Cape Town & Malaria Free 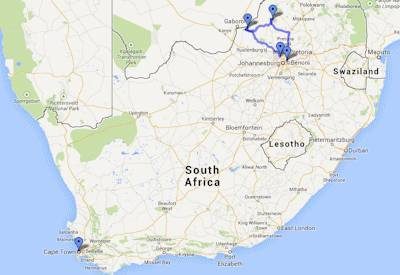 This 13-day self-drive safari explores all that the Cape Town and Cape Winelands region has to offer before heading off into the Malaria Free Game Reserves of the North Western area of South Africa; the Madikwe Game Reserve and Marakele National Park.
Cape Town & Hermanus 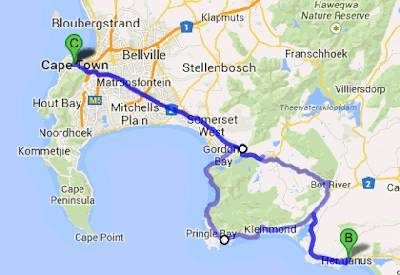 A unique 6-day safari itinerary where one gets to explore all that the Cape Peninsula and the Cape Overberg have to offer. At your own leisurely pace taste wines, photograph penguins, spot a few whales and drive along some of the most scenic roads in the World. Visiting: Cape Town, Hermanus.