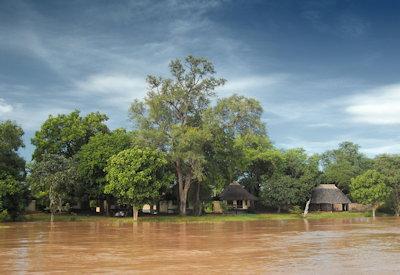 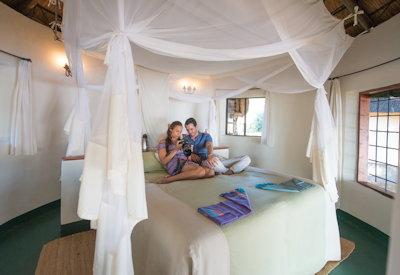 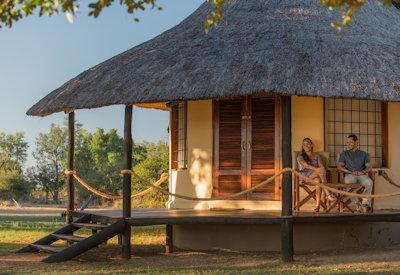 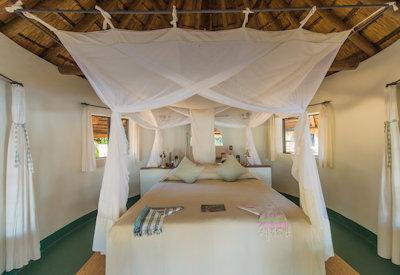 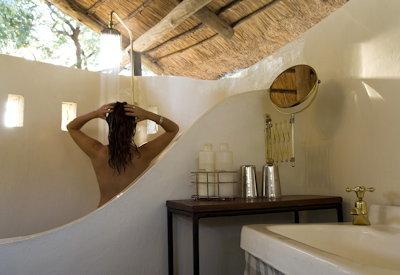 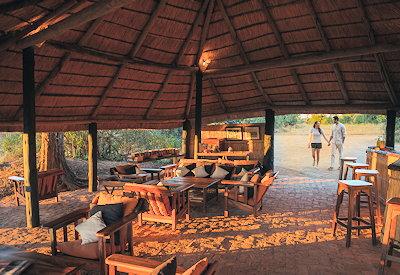 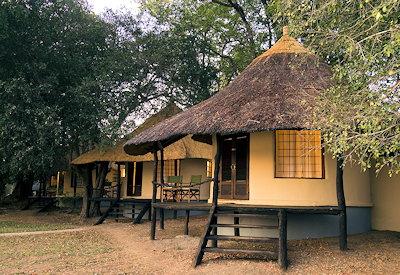 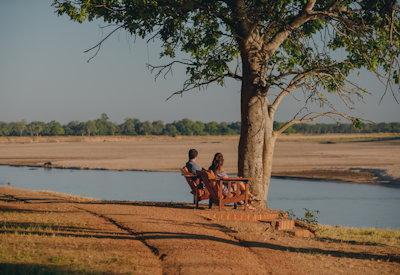 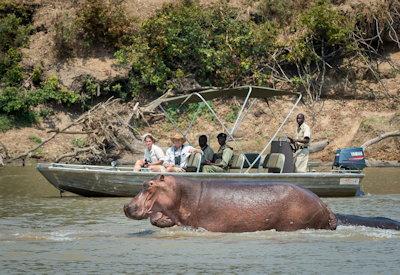 On the banks of the Luangwa River, Nsefu Camp marks the spot where tourism first arrived in Zambia. The camp originally opened in 1951 and, although carefully renovated in the late 1990s, it retains an air of the early pioneers.

With just six traditional African houses or rondavels, the camp is set within the Nsefu Sector, a pristine area of the South Luangwa National Park that is rich in wildlife and far from the intrusive view of outsiders. Game viewing here is effectively private.

This Luangwa Luxury Lodge has a special significance to Robin and Jo Pope. During the 1980s Robin managed the camp for five years before leaving to set up his own company. After Nsefu fell into disrepair in the 1990s, he and Jo bought the lease and restored it to its former glory.

The look and feel of Nsefu Camp is one of cool understated elegance.

The six rondavels - traditional circular African houses - are the original 1950s buildings lovingly restored with antique fittings and comfortable modern furnishings. Each has a deck with sensational views along the length of the Luangwa River.

Inside, a set of double doors opens onto an elegant bedroom where a large central bed is raised off the floor - so that at night you can gaze out at the moonlight reflecting on the river, without even lifting your head. Steps lead down to a spacious bathroom where, from the shower, you can gaze out into the bush.

Watch the animals come and go, drinking at the water hole.

Many a lazy afternoon can be spent lounging in the bar, nursing a cool drink, flicking through the collection of books and magazines, and watching the game.