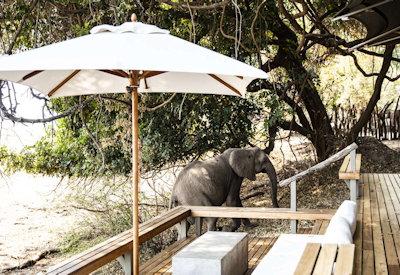 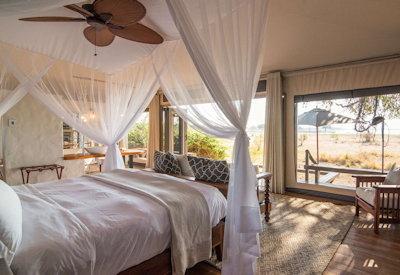 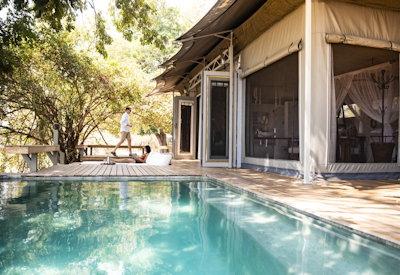 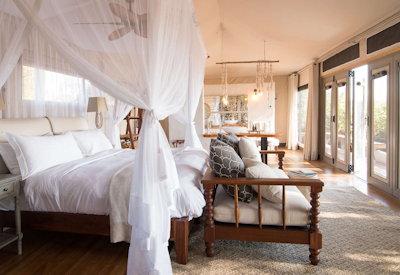 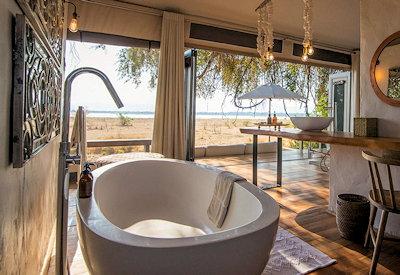 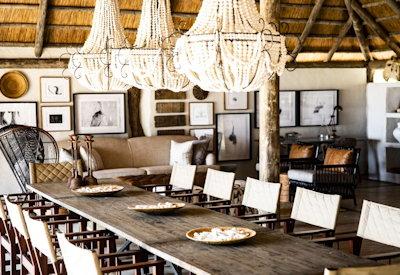 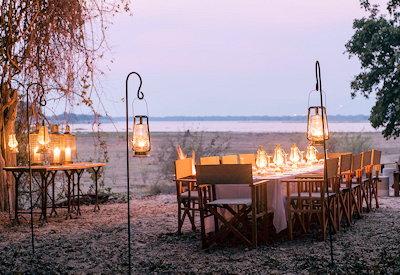 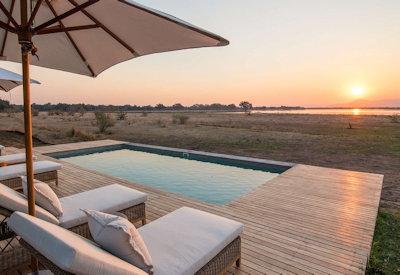 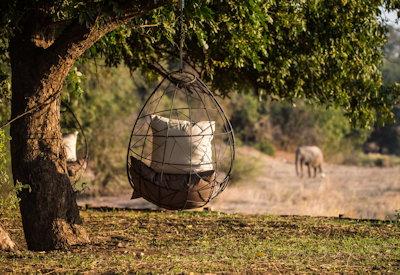 Chikwenya Offers Up Incredible Wildlife Viewing, A Luxury Camp In A Wild And Remote Location

A classic and wild safari camp located at the confluence of the Sapi River and along the Zambezi River, in a private concession on the eastern boundary of the world heritage Mana Pools National Park (a UNESCO World Heritage Site).

One of the more remote Zimbabwe safari camps that we have on offer, not only in Zimbabwe but in Southern Africa as a whole.

Chikwenya Camp is located within a private 7000-acre concession, offering guests access to 5km of Zambezi River frontage all to themselves.

Birdlife is also nothing short of spectacular.

Hands down, between Mana Pool and the Lower Zambezi National Park, two of the best parks in Africa.

NOTE: Chikwenya is open seasonally between April and mid/late November - depending on the rains.

Chikwenya is one of the most luxurious establishments found on the banks of the Zambezi in Mana Pools National Park, comprising of 7 tented suites (including two family options). All suites at camp offer large bedrooms, en-suite bathrooms with shower and freestanding bath and a private wooden viewing deck.

The two family suites offer en-suite two bedrooms, a large viewing deck and a private plunge pool; these are perfect for small families or a couple that wants space.

All beds are draped in mosquito netting to keep you "safe" from mosquitoes while you sleep.

The rooms at Chikwenya Camp come complete with a number of standard amenities, including electrical outlets, fans, laundry service, mosquito nets, and safes.

Guests can enjoy a refreshing cup of tea or coffee while staying in their tented suite and will be able to take care of their laundry needs without leaving the camp.

Whether it be breakfast, brunch, lunch, high tea or dinner, one is in for a delightful treat. Fresh ingredients are all prepared by a competent team in the kitchen; all meals are taken in either indoor or outdoor locations, depending on the weather and time of day.

Should one have any dietary requests when visiting Chikwenya, please advise so when booking.

With both the central guest area and the tented suites at Chikwenya being located on the Zambezi banks in a dense Albida and Natal mahogany forest, Chikwenya offers amazing views from almost any angle.

The camps thatched central guest area offers up indoor and outdoor dining areas, a small lounge and outdoor seating area, a bar area with a view, and a swimming pool with loungers.

Safari activities at Chikwenya Camp are sure to delight guests of all ages.

Morning and afternoon game drives offer a chance to see an array of wildlife, including elephants, lions, and buffalo, amongst the acacia and ana trees.

For a more up-close experience, guests can opt for a night drive, when nocturnal wildlife species are more active and easier to spot.

Walking safaris are also a popular option, providing an intimate look at the African bush.

Those looking to get on the water can enjoy a boat cruise or fishing excursion for the world-famous tigerfish.

Regardless of which activities guests choose, they are sure to have an unforgettable safari experience at Chikwenya Camp.

All activities are led by some of Zimbabwe's most experienced and highly trained guides and trackers.

Chikwenya safari camp does welcome families with suitable family accommodation options on offer; children, though, need to be on the older side of the coin, 12 years and older (8 years and older if a private safari vehicle is booked).

This is one of the wildest areas in Africa, the camp is unfenced, and malaria is present.

Chikwenya Camp is one of the most luxurious establishments found on the banks of the Zambezi River in Zimbabwe's Mana Pools National Park.

The thatched central guest area offers up an indoor dining room and outdoor dining areas, a small lounge and outdoor seating area, a bar area with a view, and a swimming pool with loungers.

If you're looking for an amazing safari experience in one of the wildest and most spectacular areas of Africa, look no further than Chikwenya Camp!