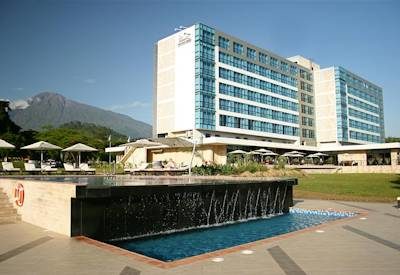 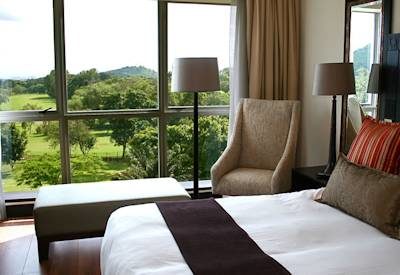 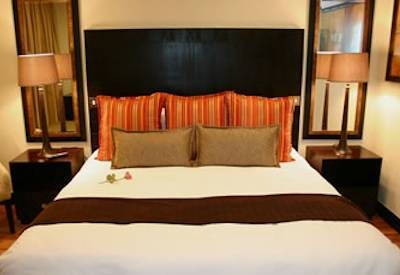 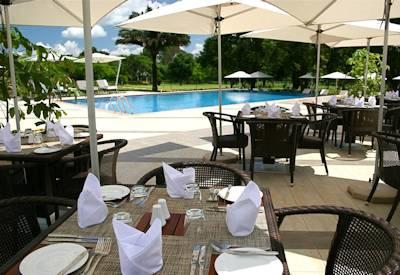 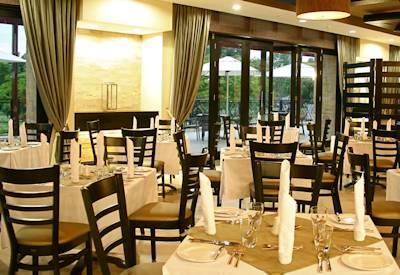 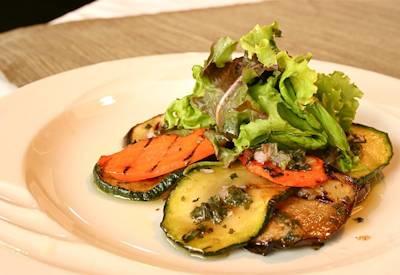 Situated at the foothills of Mount Meru in the city of Arusha, Tanzania, the Mount Meru Hotel lies on 15 acres of lush landscape.

As the topographic centrepiece of the Arusha National Park, the Hotel is also surrounded by some of Africa’s most breathtaking vistas, rich with a diverse array of wildlife, etched against the fertile slopes of this beautiful mountain, the fifth highest peak in Africa.

The perfect destination for pre or post-safari overnight accommodation.

If you are looking to spend a night or two pre or post one's safari in Tanzania, then look no further than our selection of Arusha lodges.

The Mount Meru Hotel offers the discerning traveler an array of luxury choices when it comes to accommodation.

Mount Meru offers guests the choice of 3 restaurants when visiting namely the Meru Restaurant, Duluti Specialty Restaurant and the Arabica Coffee Shop. Each one offers only the finest cuisine that this area of Tanzania has to offer.

Relax before or after a delectable meal at the Cigar and Cognac Lounge and take in Africa’s marvels as you gaze across the stunning gardens and golf course, enjoy cocktails at the Pool Bar Terrace or toast in the scenery at the Champagne Bar.

The adjacent carefully designed and manicured golf course is sure to attract bird lovers from all over. An array of birdies, Eagles and even an Albatross or two have been rumored to be in residence.

Families with children of all ages are welcome at the Mount Mery Hotel, child care and baby sitting facilities as well as a child friendly menu are all on offer.

If the tranquil surroundings and the beauty of nature isn’t enough to have you looking at life a little differently, get pampered in the three treatment rooms offering a variety of health and beauty delights as well as a nail boutique.