The Garden Route in South Africa, as its name implies is an area that is richly endowed by nature, spectacular in many ways, graced with golden beaches, indigenous forests, lakes, lagoons and meandering rivers.

The rugged coastline, marked by a succession of bays, beaches, cliffs, coves and capes, links one beautiful resort to another.

Bordered in the north by a series of impressive mountain ranges, the interior is reached via a number of scenic passes.

The Garden Route stretches from Mossel Bay all the way through to the Storms River; en route take in the scenic towns of George, Wilderness, Sedgefield, Knysna and Plettenberg Bay. 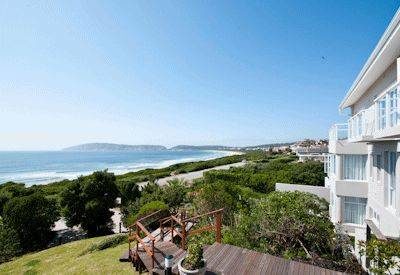 Robberg Beach Lodge is situated within Plettenberg Bay just opposite the famous Robberg "Blue Flag" Beach. Stunning views out over the ocean are part and parcel of this 5 Star Hotel as is excellent service and magnificent accommodation.
The Plettenberg 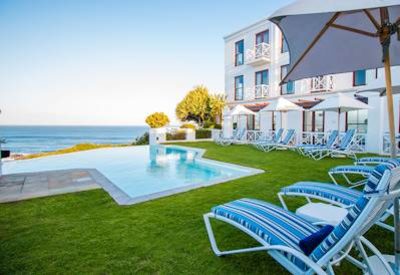 The Plettenberg, a 5 star Relais & Châteaux Hotel built on a rocky headland with breathtaking vistas of the sea, mountains and miles of golden sand in one of the most spectacular resorts in Africa, Plettenberg Bay.
Tsala Treetop Lodge 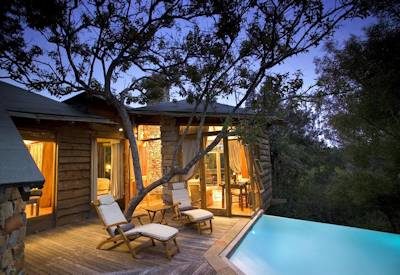 The afro-baroque décor with its earthy colours, rich textures and hand-crafted fittings draws inspiration from the diverse cultures of Africa, yet Tsala Treetop remains integrated with the sophistication of the Western world.
Turbine Hotel and Spa 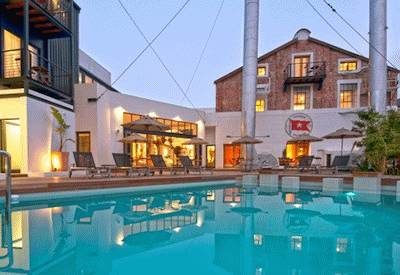 Turbine Hotel and Spa is a memorable tribute to the past, An undeniable devotion to balance is especially evident at the Amani Spa, where Arabic body rituals unite the four fundamental elements: earth, air, fire and water.
Kurland Hotel 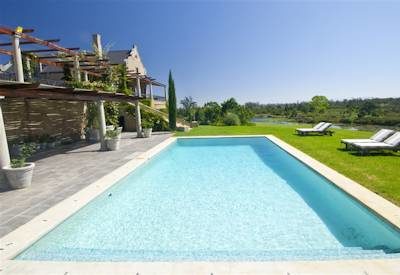 Kurland has been designed with exceptional facilities for family holidays and enjoys a Mediterranean climate, which makes this the ideal year-round destination for fun vacations and family reunions. The vistas are breathtaking.
Lairds Lodge 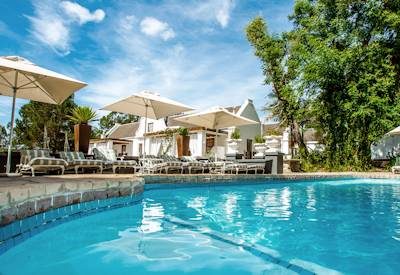 This exclusive Country House set on a 24-acre estate with distant mountain views, positioned between Knysna and Plettenberg Bay in the heart of this famous area, an ideal getaway for those wanting to enjoy country living.
Hunters Country House 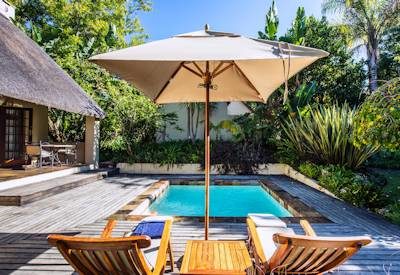 Fragrant, colourful and luxuriant gardens create an idyllic setting for this opulent retreat in the heart of the region, Hunter's Country House combines gracious elegance with sheer comfort and impeccable service with warm hospitality.