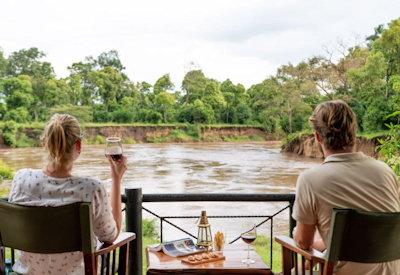 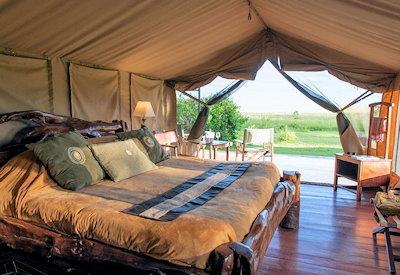 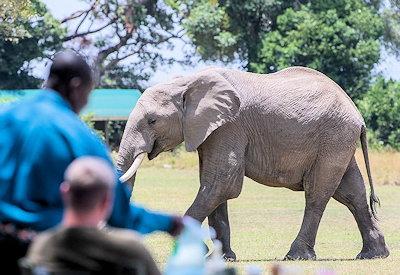 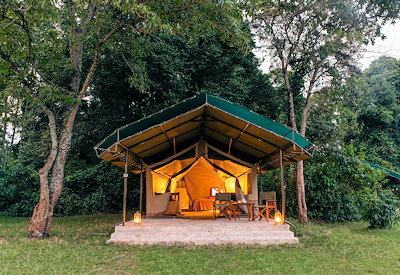 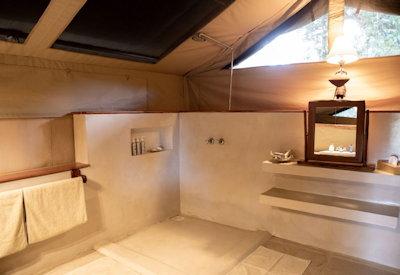 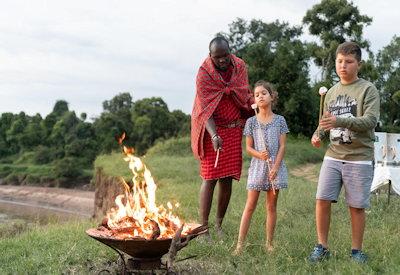 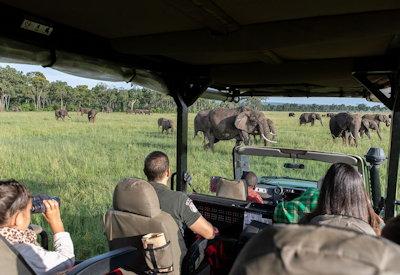 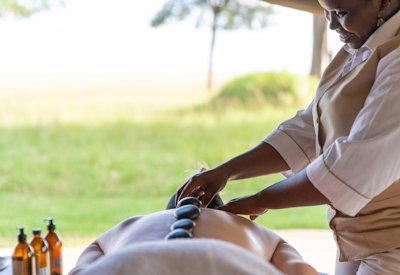 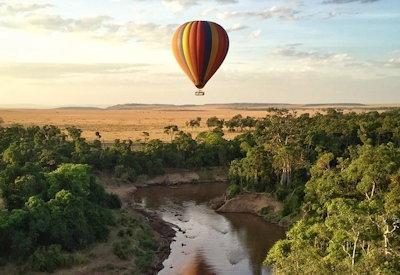 The Amazing Governors Safari Destination, A Unique Safari Camp Surrounded By The Beauty Of The Masai Mara

Governors Camp is positioned on the Mara River banks in the west of the Masai Mara Game Reserve. Created in 1972, the camp set new standards as a tented camp, emphasising comfort and service, complemented by the sort of good food which would have been impossible in the bygone days of the grand safari. Maintaining these unique qualities as a tradition, the camp has been refined and improved through the years to what it is today, and that is one of the best safari options when in the Maasai Mara National Reserve.

The Masai Mara and Governors Camp is a unique area with a constant and unrivalled flow of wildlife throughout the year. From July to October, the Mara becomes a backdrop for one of the last great natural wonders of the world, when 1.5 million wildebeest and zebra surge up from the Serengeti plains in their annual search for the seasonal grasses that sustain them.

The spectacle as the vast herds cross rivers and sweep through the golden grasses is punctuated by individual struggles with the predators, which are in turn drawn to take their part in this dramatic event.

Whilst the wildebeest migration is spectacular, game viewing from Governors at all other times of the year remains almost unrivalled anywhere in Africa.

With its 37 tents set amongst the trees along the Mara River, Governors Camp also has unrivalled views over the plains and is visited and re-visited by guests who find its continued excellence, personal style and family feeling quietly reassuring.

All guest facilities at Governors are under canvas and keep the authentic, traditional safari atmosphere. All guest tents have en-suite bathrooms with showers and basins, running cold and hot water, and a flush toilet. Gas and paraffin lamps are used for lighting around camp.

Breakfast and lunch are served buffet-style at Governors Camp, alfresco. Dinner is served in the dining tent or the outside dining areas. For dinner, the menu offers a choice of four courses, including a choice of main courses.

A traditional campfire is lit at sunset every evening. After dinner, guests can enjoy sitting around the campfire, reminiscing about their day's safari and taking in that fantastic African sky filled with stars.

The wine selection at Governors Camp is top-notch, with a variety of local and international options to choose from. Whether you're in the mood for a crisp white wine, a fruity red, or something more robust, they've got you covered. They also have a great selection of cocktails and beers if you're looking for something different.

Open-sided bar and dining tent are found in the main mess tent (central guest area), with views out over the Mara River and the open plains of the Masai Mara.

There are many open grass areas around the camp for one to explore and relax in while the wildlife of the Masai Mara passes by.

Wi-Fi is available around the main mess tent area, as is a curio shop for some local artworks.

There are various activities on offer: game drives in open Landrovers, game walks or balloon flights over the wide plains of the Masai Mara. Day excursions to Lake Victoria are also on offer.

All camp activities are hosted by some of the best guides and trackers found in Kenya.

However, it is recommended to book these excursions well in advance and combine the Lake Victoria trip with an overnight stay.

All ages are welcome and catered for when families stay at Governors Camp with suitable activities, accommodation and meal menus. Family tents sleep up to a family of four, with the kids' beds being in the front area of the tent.

Cot beds, high chairs and babysitting services are available, although it is best to advise the camp beforehand on what you think or know will be required. Please contact us for the full child policy and safari activities on offer.

Please note that this is a malaria area, though.

Governors Camp does offer up a small but stylish and well-equipped Spa and Wellness area for those looking for a bit of pampering and relaxation while on safari in the Masai Mara.

A range of treatments, including massages, facials, body scrubs, manicures and pedicures, are on offer.

Governors Camp is an absolutely fantastic safari destination and if you're looking for a place that will offer you incredible views of wildlife, excellent cuisine, and luxurious amenities, then look no further.

With its prime location on the Mara River and unrivalled views of the plains, you're sure to see some fantastic wildlife and, if in season, the great migration during your stay.

The camp's traditional atmosphere and excellent facilities make it a favourite among guests, and the knowledgeable guides will ensure that you have a truly unique safari experience. So if you're planning a trip to Africa, be sure to add Governors Camp to your list!