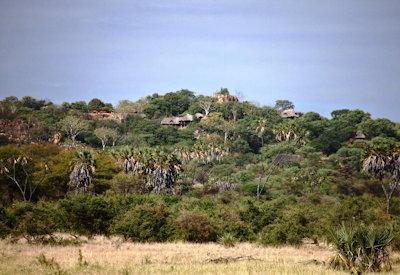 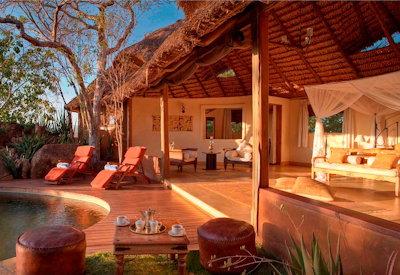 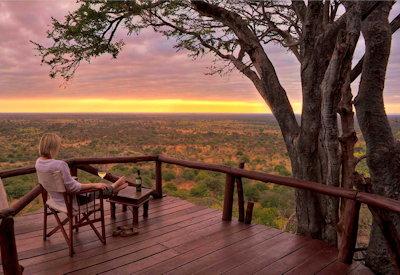 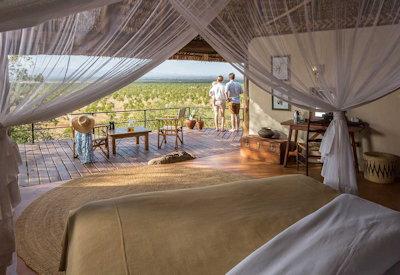 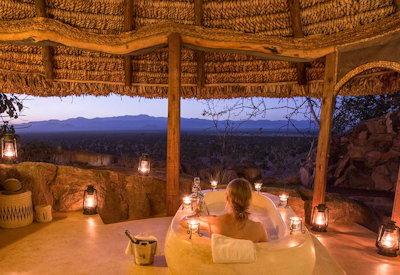 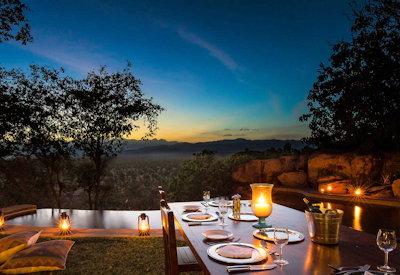 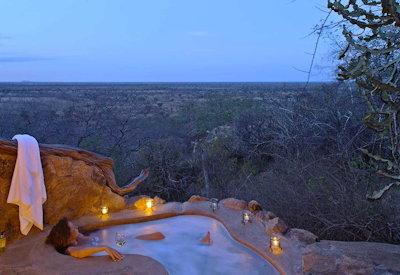 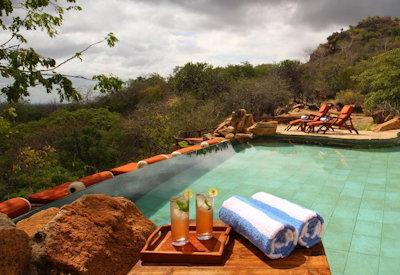 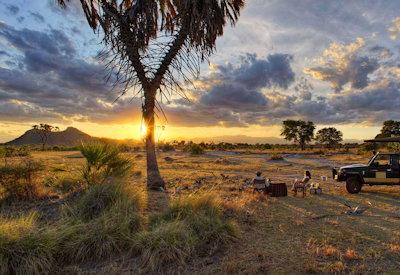 Elewana Elsa's Kopje, named after Elsa the lioness made famous by George and Joy Adamson in the film 'Born Free' and released into the wild Meru National Park. A luxurious oasis awaits with stunning views out over the surrounding plains as the camp is positioned on top 'Mughwango Hill'.

A diverse range of wildlife can to found in the area, including; Leopard, Lion, Cheetah, Rhino, Elephant, Beisa Oryx, Gerenuk, Grevy's Zebra, Reticulated Giraffe, Lesser Kudu, Grant's Gazelle and the Lesser and Greater Kudu. Birdlife is equally spectacular, with over 400 species recorded in the area.

Elsa's Kopje is unashamedly romantic and is quite frankly one of the better options for those looking for a honeymoon or romantic safari.

Cottages and suites available include;

Dining at Elsa's is an elegant affair with a good selection of local and international dishes, fresh-baked bread, crisp salads and locally grown vegetables. The team in the kitchen do an outstanding job considering the location and environment that the camp is located within

A highlight is the bush breakfast, a full al fresco breakfast out in the middle of the Meru National Park surrounded by nothing other than wildlife and birdlife.

The thatched central guest area offers up magnificent views from the lounge, dining room and bar; outdoors, a swimming pool with one of the most views in Kenya awaits.

A small library is available should one require some reading material.

With Elsa’s Kopje being located within the Meru National Park, it is taken as a given that most safari activities are based around the wildlife and birdlife within the park. All guides and trackers are professionally trained and certified and know the National Park intimately.

Elsa's Kopje does offer a few suites that can accommodate families with children, although the minimum age of children is 12 years of age.

If your family has children under 12 years of age, then this is not the lodge for you. There are alternatives, so fear not.

Elsa's Kopje offers a small selection of massages, treatments and pedicures to complement the surrounding natural environment. Massages are designed to ease the stresses of everyday life and are offered in the privacy of one's suite.